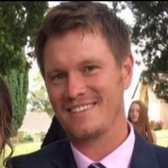 Dan is an RFU level 3 coach who had a distinguished career in the professional ranks at Doncaster Knights before playing a significant part in the rise of both Wheatley Hills and Doncaster Phoenix as player coach. In his playing days Dan was a very impressive fly half who represented both Yorkshire & England at Under 18 level.

Dan is a Sports teacher/coach by profession and he will be instrumental in the development of the back play in general as well as improving the individual skills of the talented bunch of young players in both senior and colts ranks.

We can also announce that Mark Pearson and Dan Heath who have been extremely instrumental in building the highly successful colts’ team over the last couple of seasons will be moving into the senior coaching group under Jacob’s leadership.

Steve Cruise, Director of Rugby at Selby RUFC, commented “These appointments represent a significant step forward for the club. We have been looking to reinforce our senior coaching team for 18 months and I am delighted with the group of people we have been able to bring together. We have been building a young, vibrant senior squad over many years through our own youth development programme initiated by Richard Nicholson our RDO, it is now time for the new set of coaches to take over the mantel and hopefully take the club forward to the next level”